You only have to spend a few days in the city to understand why real estate is so expensive in San Francisco. Everyone wants to live there. Not only does it boast an ideal climate, a thriving tech industry, and fabulous restaurants,  but it is also known for its unique and colorful neighborhoods. Read on to discover how these neighborhoods earned their names.

We will give you two guesses to determine how Cow Hollow got its name, and the first guess doesn’t count. Cow Hollow was once covered with dairies between the 1860s and the 1880s. Cows and their owners later had to move further out of town because the real estate became too valuable to just house cows. 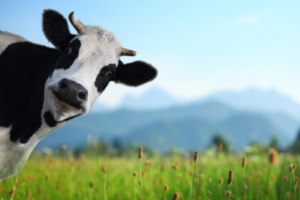 Although the area was known during the 1960s as being the home of the hippie counterculture, this San Francisco neighborhood was named after Henry Haight, a pioneer and exchange banker, and Monroe Ashbury, who was a member of the San Francisco Board of Supervisors. When Hunter S. Thompson renamed the area “Hashbury,” the banker and board member namesakes probably rolled over in their graves.

Castro was one of the first gay neighborhoods in the United States named after Jose Castro, a Spanish man who led opposition to the U.S. rule of California.

Interested in learning more about Jose Castro? Read more to hear about his biggest milestones.

Cathedral Hill is a neighborhood that houses Saint Mary’s Cathedral, the Roman Catholic Archdiocese of San Francisco, and the Sacred Heart Cathedral Preparatory School. Perhaps this neighborhood is aptly named. 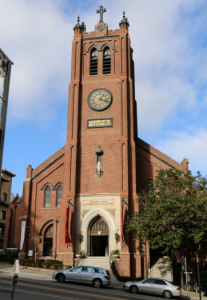 Historians argue how Dogpatch got its name. Some say the name derived from Dutchman’s Flat, because of the number of Dutch residents the area boasted. Another theory is that it was named after the setting of Al Capp’s comic strip Li’l Abner. Capp’s Dogpatch was an uninteresting community “nestled in a bleak valley, between two cheap and uninteresting hills somewhere.” It is not clear why people thought this described this particular neighborhood of San Francisco. Perhaps the most interesting theory is that there were large packs of dogs in this area that used to scavenge discarded meat parts from neighboring Butchertown.

Speaking of Butchertown, this industrial neighborhood housed the city’s slaughterhouses. There are still two meat-processing plants in the district.

Located on a tall hill, this area was an excellent area for communication even before the telegraph came around. Those who climbed the hill could see cargo ships entering the bay even before ships put down their anchors in the port.

Kids gave Russian Hill its name, but the kids weren’t all that creative with the title. Many Russian sailors and soldiers are buried in a cemetery at the top of this hill. Children playing in the cemetery called the area Russian Hill because of those who populated the graves, and the name stuck. 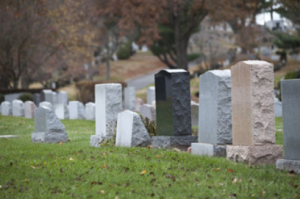 People call this wealthy area of San Francisco Pacific Heights because of its elevation and view of the Pacific Ocean.

Like Dogpatch, residents of Tenderloin argue how the area earned its name. Some say it took its name from a neighborhood of New York that had similar seedy and corrupt residents. Others say that a police officer said that after he transferred to The Tenderloin area, the hazard pay he received from working in such a violent neighborhood enabled him to buy a good cut of meat.

The Twin Peaks area had its name long before the TV show in the 1990s. The Spanish conquistadors arriving in the area in the 18th century called the area “Breasts of the Indian Maiden,” but Americans renamed the area Twin Peaks.

Located in the southeastern part of San Francisco, Portola was named after the Spanish explorer Gaspar de Portola. Some say that Portola was the person who discovered the San Francisco Bay. 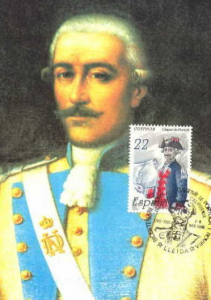 Landscaped with an abundance of pine trees, Westwood Park houses streets named Eastwood, Northwood, and Wildwood. Do you see a pattern?

One of the first settlers of the district, George Marsh, named this area outside of San Francisco after his homeland in Richmond, Australia.

Every large and not-so-large city seems to have a neighborhood named in this fashion. SOMA is the area South of Market Street. People also refer to the area as South of the Slot because of the slots used by cable cars running along the same street.

Home to the California College of the Arts, the Design District houses showrooms and upscale shops.

Also known as J-Town, this western neighborhood comprises six city blocks. Japantown is considered one of the largest and oldest ethnic enclaves in the country. 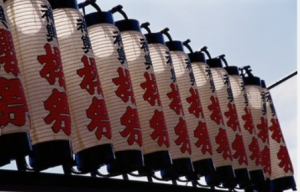 Chinatown is the largest Chinese enclave outside of Asia. This area is a major tourist attraction in the city and draws more visitors than the Golden Gate Bridge. Chinatown covers 24 square blocks.

Built on a landfill along the Bay, China Basin is home to the San Francisco Giants baseball team.

The Mission neighborhood was named after the oldest intact building in San Francisco.

The word “knob” means isolated hill, and this meaning could have given the Nob Hill neighborhood its name. Another more complicated reason behind its name could be that the word “Nabobs” describing leaders in India. When the British took over India, they borrowed the word and shortened it. The new usage of the word was to describe any wealthy or influential person. Nob Hill was where the fancy people lived until the earthquakes destroyed the homes in 1906.

San Francisco was given its name from colonists from Spain who established a mission in 1776 named after Saint Francis of Assisi. Saint Francis is the patron saint of animals and the natural environment. His feast day is October 4th, and some Catholic and Anglican churches hold ceremonies on this day to bless animals. 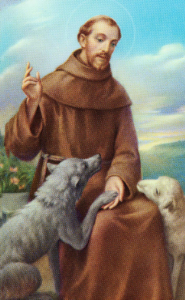 Looking to find out more about the best things to do in San Francisco? Lucky for you, you are just one click away!