Welcome to Pure Michigan! The state is incredibly unique and between the two peninsulas there is something for everyone. The “Great Lakes State” touches more of the Great Lakes than any other state (4 of the 5). It boasts 4 seasons that provide you with activities from snow skiing in the winter to boating on one of the many lakes in the summer. Whether you enjoy the urban life or want to kick it in the country you can once you arrive in Michigan.

The culture of Michigan is diverse and runs deep. The state is full of festivals all throughout the year. Some of the most notable are the National Cherry Festival in Traverse City, Tulip Time Festival in Holland, the Tall Ship Celebration in Bay City, and the Ann Arbor Film Festival. While those might be some of the most popular, there are plenty more to choose from such as the Mackinac Island Lilac Festival, the Detroit Jazz Festival, and the National Trout Festival in Kalkaska. 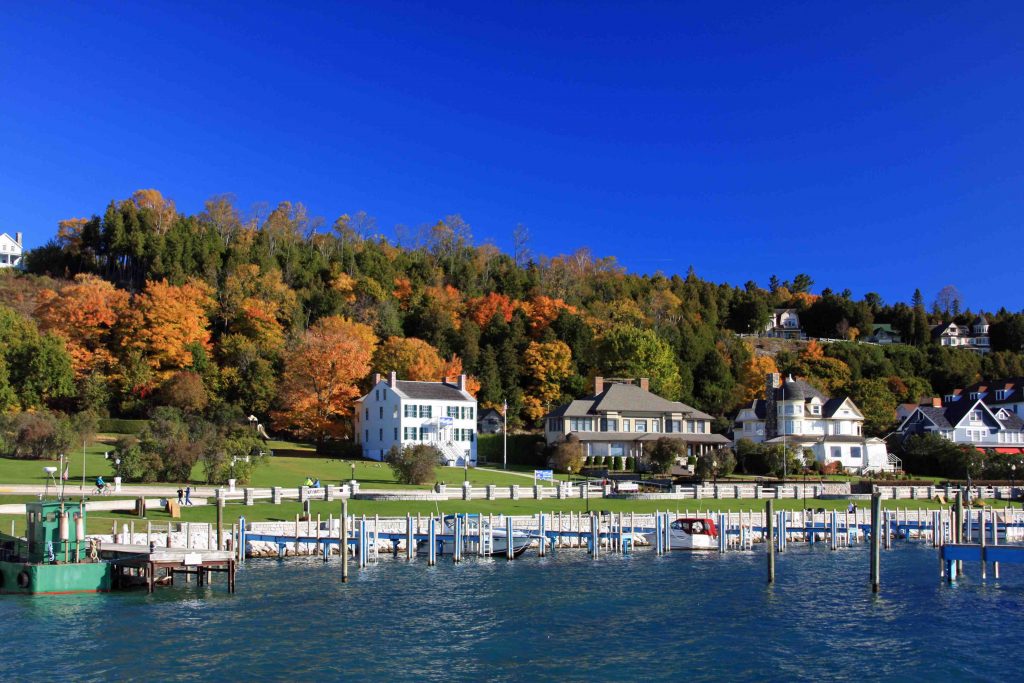 You can ride a ferry to Mackinac Island (pronounced ‘Mackinaw’) to explore some of the rich history of Michigan on a beautiful island surrounded by Lake Huron. The island takes you back in time since there are no motorized vehicles on the roads. You can relax to the clip-clop of horseshoes on the roads, explore Fort Mackinac, and take in the sweet aroma of homemade fudge wafting through the streets all while enjoying the stunning scenery.

What would Michigan culture be without the mention of Detroit? The city is known to some as Motor City because it’s where Henry Ford first built the Model T. You can step back in history at the Henry Ford Museum and Greenfield Village.  But, that’s not all Detroit is known for. It’s also referred to as Motown since it’s where the Motown record label was started. The label grew in popularity through the 60’s and 70’s with artists like The Supremes, Jackson 5, and The Four Tops.

While it might not exactly be culture, it’s important to understand that Michiganders are constantly using their hands to show where things are in the state. You carry the map of Michigan around with you every day. Both the upper (U.P.) and lower peninsulas can easily be depicted using your hands. So, if you ask a Michigan native where they are from they are likely to show you on their hand which part of the state they are from. 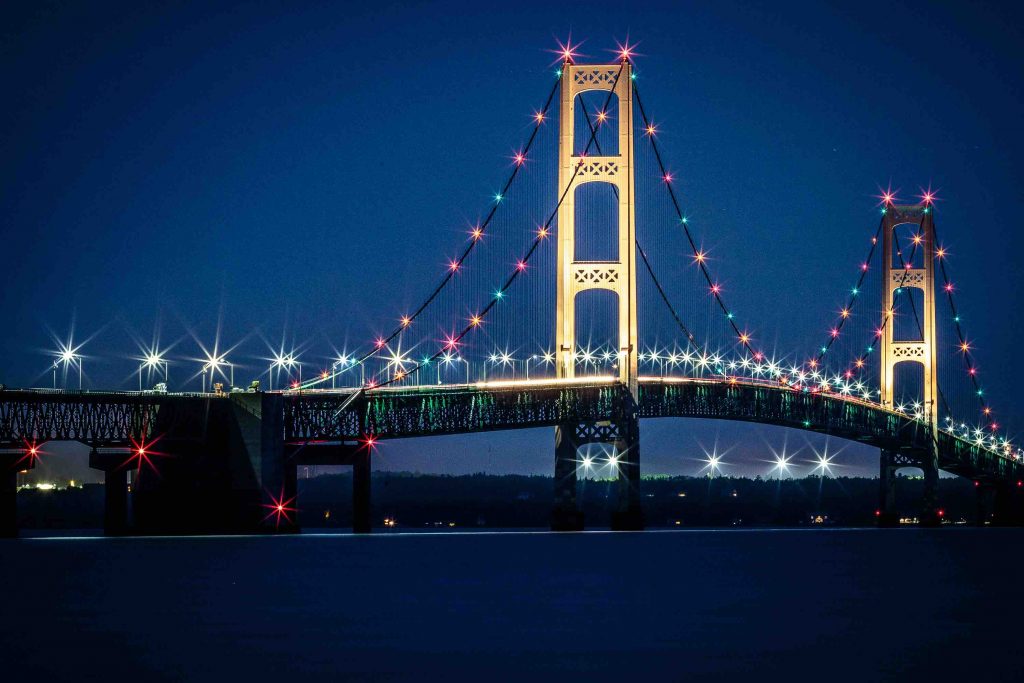 When it comes to sightseeing, the options are endless in Michigan. If you drive far enough north, east, or west you will hit one of the four Great Lakes that border the peninsulas. The Mackinac Bridge runs the 5 miles between the lower and northern peninsulas which is definitely worth seeing. You can choose your own adventure depending on your interests: 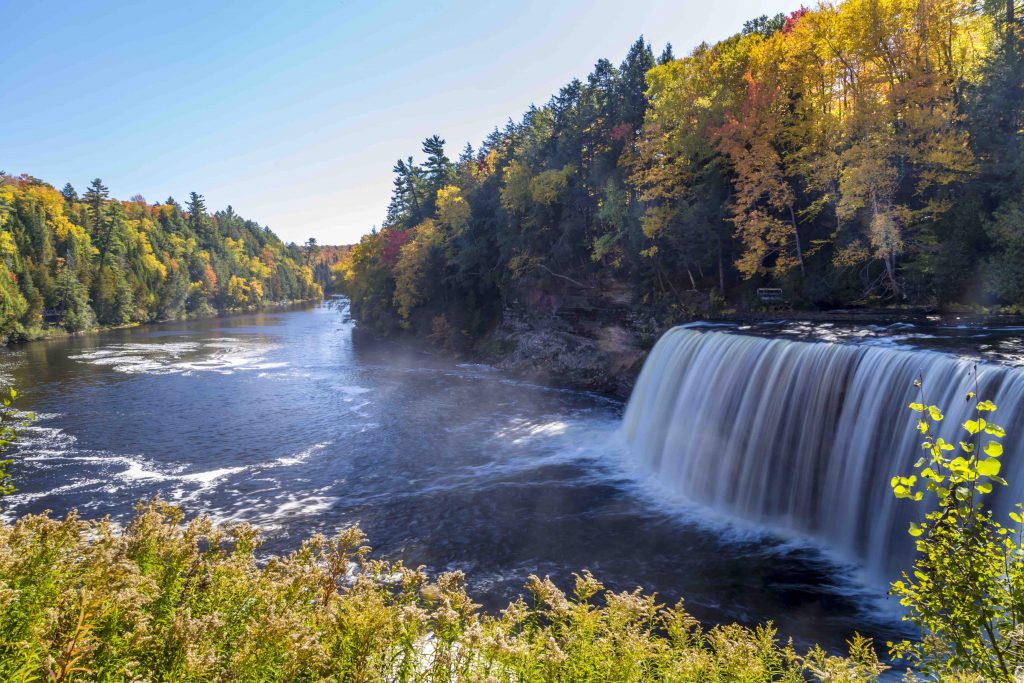 Michigan is packed full of places to get out and enjoy nature. Both Pictured Rocks National Lakeshore and Tahquamenon Falls State Parks are popular stops in the U.P.  But, the state of Michigan has 101 different state parks to explore, 17 state-operated harbors, and more than 130 state forest campgrounds. When in Michigan you don’t have to drive far to find a park or forest to enjoy.

The fall colors in Michigan will take your breath away. There are many fall color tours that you can participate in, but for the best colors, the U.P. is the place to be. With over 3,200 miles of shoreline Michigan also has its share of lighthouses to explore. There are lighthouse tours that will take you to both peninsulas. Or, you can head out on one of the 5 wine trails located in the state.

Michigan does not have a shortage of museums either. There is fun for the entire family at the Hands-On Children’s Museum in Ann Arbor, Impression 5 Science Center in Lansing, and at the Grand Rapids Children Museum.  You can also explore the Frederick Meijer Gardens in Grand Rapids, Detroit Institute of Arts, University of Michigan Museum of Art, and the Henry Ford Museum.

On the east side of the state is Michigan’s Adventure, the largest amusement park and water park in the state. The park has over 50 rides including full out roller coasters to the relaxing lazy river in the water park. On the side of the state, you will find the Legoland Discovery Center and the SEA LIFE Michigan Aquarium. While these are the big-name attractions in Michigan, there are plenty of smaller options throughout the state. You can choose from water parks, go-kart tracks, and more.

The unique diversity of the state and history provide Michigan with a vast array of dining experiences.

Looking to travel to nearby states? Check out the best things to do in Illinois!