Looking to read more about the timeline of Chicago and its biggest milestones? Read further to dive deeper into Chicago’s fascinating history.

Some of the most expensive real estate in Chicago is along Lake Shore Drive. A section of this area is known as Streeterville, and is named after a man who was later convicted of manslaughter and imprisoned. The story goes that George Streeter forged documents that said he owned the newly-filled shoreline area. He named the area the District of Lake Michigan and sold lots along it.

It is probably not a great mystery where Lincoln Park got its name, but it interesting to note that the earliest name of the area was Cemetery Park, because the city established it on the lands just to the north of the city’s burial ground.  Lake Park was the name of this area in the 1860s, but the name was changed in 1865 to honor President Abraham Lincoln after he was assassinated.

It’s hard to imagine, but in 1835 the area that is known as Austin was prairie land. Henry W. Austin, a real estate speculator, bought the area and developed a subdivision he called Austinville. The city grew in population, and the residents wanted to maintain control of their township. Austin was annexed by Chicago in 1899 against the desire of the residents.

The Ravenswood Land Company purchased and developed 194 acres of farmland and woods north of Chicago. In 1868, the area was established as an exclusive suburb of the city and the forests that were developed were previously the home of a large population of ravens.

George Pullman was known for designing railroad cars. If someone wanted to work for the highly esteemed Pullman Palace Car Company, they were forced to live in the neighborhood that Pullman built for his workers. At least the workers enjoyed indoor plumbing, gas, and sewers as they paid rent to their boss. 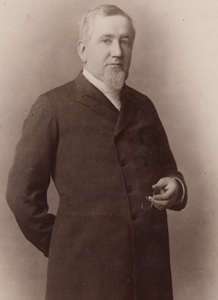 Developed in the area where two Native American trails converged, Rogers Park was named for one of the original settlers, Phillip Rogers. Rogers operated a toll gate beside his home and traded with the local tribes.

Even though there is only one printing company left in Printer’s Row, the area still has maintained that name.

African American doctors from the South Chicago Community Hospital enjoyed living in this wealthy area not far from their work. The area has its nickname because of the concentration of doctors who chose to live there.

Casimir Pulaski was a Polish immigrant who fought for independence in both Poland and the United States. This Revolutionary War hero earned an honorary U.S. citizenship.

Bucktown, another city inhabited by Polish immigrants and previously known as the Polish downtown, earned its name from the large number of goats living in the area. 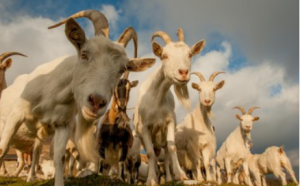 Sometimes an area gets its name for the purpose of the area, instead of the person who developed it. Ashburn earned its title because it was the dumping site for the city’s ashes.

The Northwestern Railroad and the City of Chicago promised residents living on the Northwest side of the city that they would create a train stop if developers would build a train station. The original inhabitants wanted to name their new suburb Irvington after the famous American writer, Washington Irving. Since there was another town in Illinois that had used that name, the residents had to settle on their second name choice – Irving Park.

Located on the south side of the city, Morgan Park was named after a British immigrant, Thomas Morgan, who was left a fortune by his banker father. Initially, Morgan used the area as a cattle and sheep ranch.

Knowing how Chicagoans feel about New York, inhabitants of Albany Park are probably not pleased to know that their neighborhood was named after Albany, New York. One of the investors in the Chicago neighborhood had a connection to the northeastern city.

Another area that received its name from the East Coast was Englewood. A local wool merchant and Board of Education member, Henry. B. Lewis, wanted to name the area after the city in New Jersey.

The official Illinois state song mentions Abraham Lincoln, Ulysses S. Grant, and John Logan. Who was John Logan? He was a General in the Union Army, and his unit was first to enter Vicksburg in 1863.

Czechoslovakian immigrants made up the population of Pilsen and Pilsen is one of the largest cities in the Czech Republic.

Farm goods from the southwest area of the city were cleared or delivered through the airport and railroad yards in this area. This is where the city of Clearing earned its name. Exciting, eh?

Chrysler built Chrysler Village to house defense plant workers who were making the B29 bomber engines during World War II.

Where did the city of Chicago get its name? Although there are several different stories, historians think that it came from the Algonquin word shikaakwa, which means “smelly onion.” This name came less from the smell of the hot-dog breath of the inhabitants, and more from the fact that many leeks and onions grew naturally in the area.

Looking for the best things to do in Illinois? Click here to learn more.